The companies that are operating in one country and due to successful performance are planning to expand their business abroad, there comes the time when they have to face problems concerning the exchange rates while dealing with the foreign partner in their local currencies. When all the business activities are executed in local currency, it is more comfortable because the company is avoiding the forex volatility and complexity of the market. Treasurer who gets comfortable with only local currency activities will be forced to make a decision when both the dangers and the possibilities become much more intense, without the chance to ignore, and how they make that decision and handle the repercussions is critical to the organization that they are working for.

When any business is planning to expand its activities, not in the same country they are already operating but abroad, should evaluate the political, economical, and social conditions of one that certain country, most importantly the evaluation of the value of either pricing or paying in the currency on that certain country, which the company is choosing to settle down. For example, the price of the imported goods from China might increase the cost of the company by 8%, which is the number that should be taken into consideration by the company which is planning to carry on the activities in China, according to this specific example. This happens because the company will be obliged to pay in US dollars, and the provider will tack on a fee to cover transaction charges.

However, as the People’s Bank of China continues to loosen currency rules and allow for more foreign commerce, the yan is being more adopted by large financial institutions all over the world. Also, in Canada, it is planned in the near future to settle local settlements that will help to conduct business with the foreign partners, which will help to create a more business-friendly environment in the country.

One of the industries that have to take into consideration currency fluctuations is first and foremost, the financial market, more specifically the foreign exchange market. After the expansion of the forex industry in many different countries, due to the technological advancements and creation of a fintech-friendly environment in the countries such as Nigeria and South Africa, the demand for the activities to conduct them in their local currencies was dramatically increased. South Africa became one of the biggest hubs for the forex market and the local currency ZAR was in massive rotation. The brokerage companies that wanted to settle in the South African financial market had to adapt their activities to the local environment. According to the XM broker review, once the company integrated ZAR accounts in their service, the demand for their services was massively increased and is regarded as one of the best choices for trading in South Africa.

Also, the company that one person is working for might be successfully established in a foreign market only in order to be confronted with new competitors who are also involved in the market from many different countries and are selling their products at domestic pricing. When the company is choosing between trading with local currency or not, the decision should be made based on risk management which requires specific knowledge and education in this field, to the actual perspective of this decision.

Is forex worth involving?

It is very difficult to evaluate the exact risks associated with the foreign exchange market but for the company, adopting the currency policy which is fully oriented on the company’s capabilities and requirements, is one step toward better cash management and making better future analysis in terms of income balance. When the sales team of a company is planning the budget for the rest of the year, the topics of discussion should also be the financial statements, sales targets, and possible exchange rate fluctuations and also to evaluate, how sensitive the business might be towards the rate fluctuations. Well-experienced market participants have noticed that history has shown that the low levels of volatility are unlikely to last for a long period of time.

There are many different aspects that are having an impact on currency volatility, one of the most important being the presidential elections for example. This is due to the fact that when the government is changing in one country, most likely there will be changes not only in the politics but the economy as well, depending on the perception of the new office. The same happened in the case of the UK when the prime minister who was supporting the Brexit deal took the cabinet and finalized the agreement, which has resulted in big economic changes. This whole deal means changes in trade volume, capital rotation, and investment opportunities, that are directly linked to the currency exchange rate.

It is not a surprise that, especially small and medium-sized enterprises are trying to stay close to the passive forex strategy. Those who implement the technique of trading in numerous currencies feel that while one exchange rate accumulates losses from them, another can jump in their favor and finally balance margins out. However, with so many unknown factors, those do not give the chance for the exact quantitative predictions. There are also some of the well-experienced solutions that may safeguard and even make up for the market volatility, potentially in positive returns.

The simplest basic and most spread technique is a forward contract, which lets the company lock the predicted rate for a set period of time. They are highly adaptable and allow the trader to choose a settlement date based on their preferred payment plan. Those activities in currencies from less developed countries, such as Asia or South America, might choose a non-deliverable forward, which implies the short-term contract with no principal payment until the end of the contract. However, diversification of the hedging portfolio of the company through gaining profit from probably favorable rate swings requires the implementation of an option strategy.

A structured option is used in conjunction with a regular spot or forward, allowing a corporation to hedge its losses without having to forego any increases in value. It is a very well-experienced method, however, its effectiveness should be determined or weighed by the size of the margins, risk tolerance, and the company model in general. If the employees are having a convenient working environment that they do not have to think about the currency changes in their businesses, foreign franchises should be perceived as a positive side for the company’s development, which is worth more than the inconveniences that are caused by the currency fluctuations. 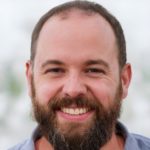