Litecoin is a form of cryptocurrency that can be an alternative to other cryptocurrencies like Bitcoin. It is often abbreviated as LTC and is now recognized worldwide as a popular cash alternative.

Why is it called Litecoin? This new blockchain is meant to be a lightweight decentralized cryptocurrency. It is designed to function just like Bitcoin (BTC), but it can handle the transfer of value faster and cheaper.

So, why is Litecoin so popular, and what makes it unique? In this guide, we’ll tell you everything you should know about Litecoin and how it compares to other popular cryptocurrencies like Bitcoin.

This form of cryptocurrency was conceptualized and created by Charles Lee, who formerly worked as a developer for Google and now works at BTCS. It launched in 2011, premiering with the Scrypt mining algorithm developed in 2009 by a programmer named Colin Percival.

In 2017, Litecoin launched Lightning Networks and Segregated Witness (SegWit). SegWit can be credited as the reason LTC has the power to verify such a massive number of transfers. It also helps to prevent transactions from being invalidated due to a technical shortcoming that is referred to as “malleability.”

With SegWit, you also get access to the Lightning Network (LN). This network allows for minimal fees compared to other cryptocurrencies like BTC.

In 2018, LitePay was launched. This platform made it possible to access LTC accounts and pay using LTC in stores and at ATMs, thus improving the distribution of the cryptocurrency. Upon encountering problems, though, this platform was ceased.

In 2019, Litecoin partnered with TravelbyBit server in another attempt to make paying with LTC possible. This time, users could use their cryptocurrencies to pay for accommodations as they travel. Litecoin is even expected to launch an official debit card in the future.

Litecoin and Bitcoin are both cryptocurrencies that focus on cashless transactions and decentralized transactions. They differ though in many ways, the first being that Bitcoin is older and more well known, meaning that there is better distribution. You are more likely to find others who use BTC more often, but LTC still has great distribution compared to other lesser-known alternatives.

Structurally, LTC used BTC’s framework. This is where their primary similarities end. Here are the main differences between these two cryptocurrencies:

What Hardware Wallet To Use

LTC is compatible with hardware wallets, making it easier to use this blockchain wherever possible. Try one of these hardware wallets today to keep your Litecoin secure and conveniently accessible when you need it:

Overall, we think Litecoin is a worthwhile cryptocurrency to add to a hardware wallet like Trezor or LedgerNano. You’ll benefit from lower transaction fees and increased speed than Bitcoin. What’s not to love about its accessibility thanks to its low fees and popularity? 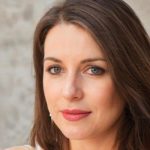